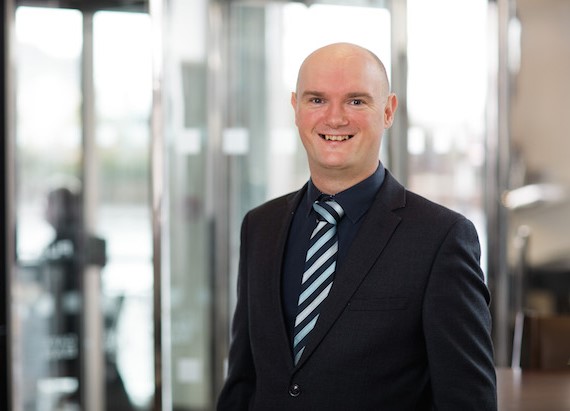 Originally hailing from Northern Ireland, Scott went to school then studied IT in Northumberland. Having worked in Edinburgh & Norfolk, he moved to Jersey and the Merton in 2015. He completed his Chartered Management Diploma from the CMI and held the position of Deputy General Manager until 2020, before he became Resort Manager in March and as of November 2020, General Manager.

He enjoys the variety of his current role, with the extensive facilities at the Merton ensuring he is always busy throughout the year. "I have never worked anywhere with the amount of repeat business that continues to return to the Merton", Scott says of the customer loyalty the hotel inspires.

Scott enjoys Jersey life, spending time with his young family and visiting the excellent local restaurants. He also appreciates the fact France is only an hour away for holidays.

His highlights for visitors include the Merton's Aquadome, Elizabeth Castle and the white sands of St Brelade’s Bay. 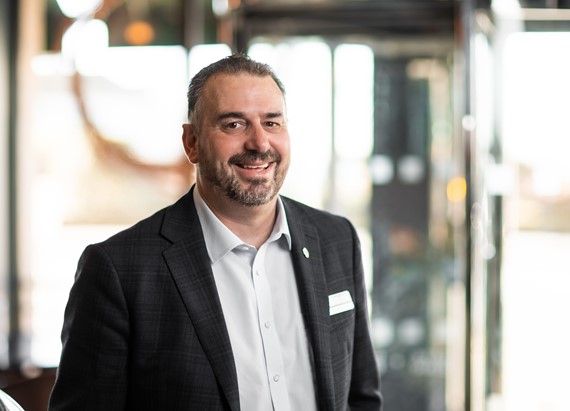 Born and raised in South Africa, with a wealth of experience in hotels across South Africa, the UK and Jersey, Blake Albert is a familiar face within the Seymour Group having previously held the position of Deputy General Manager at the Pomme d’Or Hotel. Having now lived in Jersey for over four years, Blake has fallen in love with the island and is looking forward to beginning his position as Resort Manager at the Merton Hotel.

So, what is Blake most looking forward to in his new role? The people of course! From colleagues to guests, he believes there is nothing better than putting a smile on people’s faces and making sure that they have a great day. Blake’s top suggestions for how best to spend your time in Jersey include heading out East to Gorey Castle and paying a trip to Durrell Zoo, before hitting the West coast to soak up the beauty of St Ouen’s Bay.

When he isn’t busy spreading joy and making sure everyone is having a good time, Blake is flexing his skills in his new favourite pastime, lawn bowls. 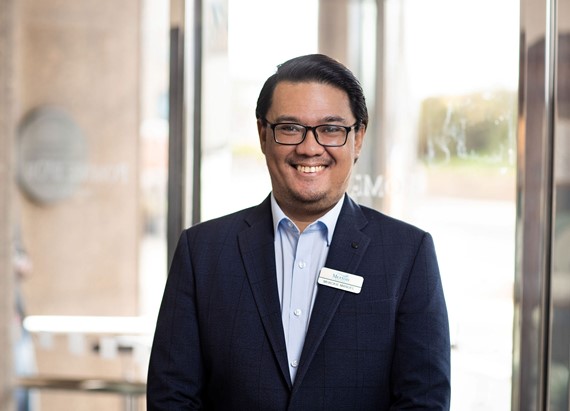 Mhackie Manuel joins the Merton Hotel team all the way from the Philippines, to fill the shoes of our Front of House Manager. Luckily for us Mhackie is a fun, friendly and approachable person with a love of meeting new people - a perfect fit for his new role at the Merton.

Mhackie’s favourite part of working Front of House is interacting with and getting to know a range of different people from different places and parts of the globe on a day-to-day basis, in fact there are no days that are ever the same in the hospitality world.

As a self-proclaimed foodie who loves trying new eateries and experiencing new foods, as well as being a lover of historical places, Mhackie has so far enjoyed his time in Jersey since arriving in March - top of his recommendation list for visitors is definitely Elizabeth Castle in St Helier. 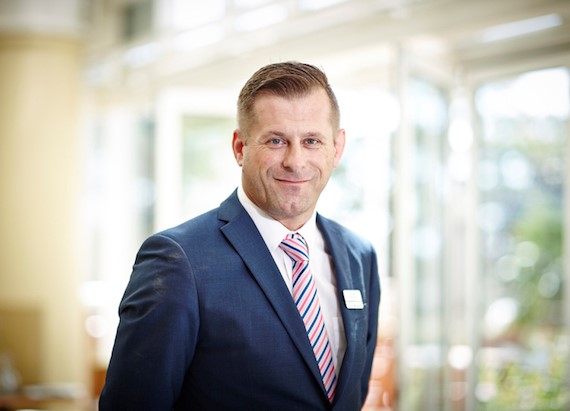 Lee organises the Merton's incredible array of entertainment, with an irrepressible energy and enthusiasm.

Having grown up in Southampton, he worked for Haven Holidays, Rank Entertainment and Luminar Leisure before moving to Jersey and joining the Merton eight years ago. If you look up 'Job Satisfaction' in the dictionary, you'll find a picture of Lee: he loves everything about his job - except the paperwork!

He has recently taken up Muay Thai to keep fit, and recommends an active holiday in Jersey: try jet skiing in St Aubin’s bay, paddle boarding in St Brelade’s Bay and surfing in St Ouen's Bay. And of course the the FlowRider Surf Wave at the Merton is a must try! 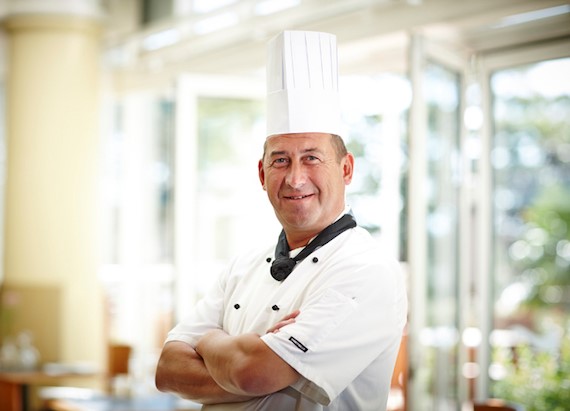 Lee hails from Sheffield, but has lived in Jersey for 32 years and been Head Chef of the Merton for 18 years. "Doesn’t time fly when you like the place you live and work!", he says.

His favourite part of the job is the satisfaction of hearing guests from all over the world saying "Now that’s what I call a hotel, the food is to die for." Lee's proud of the range of food available at the Merton, from English to Italian, Spanish and Portuguese. And of course the 'all you can eat' buffet - "There’s not a lot of them around now!", he says.

One thing's for sure: with Lee as Head Chef, you wont go hungry.

In his spare time Lee likes walking on Jersey's coastal paths, spending time with his family, going to beaches & restaurants and visiting the zoo - there's plenty to see and do in Jersey.