In September 1991 The Merton Hotel was lucky enough to welcome back two couples who had both enjoyed their honeymoon's at the hotel 25 years previously. Roy and Janet Howard of Woking, and Derrick and Brenda Davey of Redhill, first met at their dining tables on the first evening of their honeymoon in 1966.

The couples became firm friends during their stay and have remained so ever since. To celebrate their 25th anniversaries, they decided to return to the same Jersey hotel for the first time since the honeymoon. 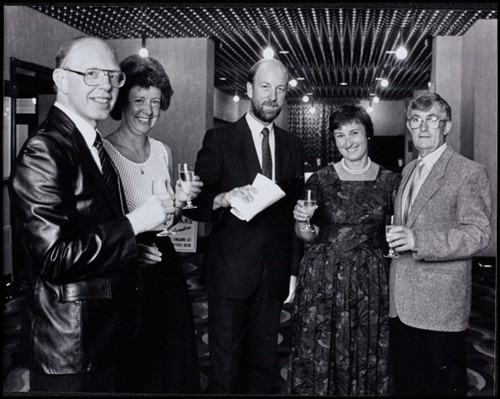 "We still have the original photo albums that were given to all honeymooners by the hotel management 25 years ago." said Janet Howard. However the hotel had changed drastically during the 25-year window since their last visit, now able to cater for over 750 guests compared to around 350 in 1966, not to mention the introduction of the Aquadome in the same year as their 25th anniversary.