My parents, Pam and Jack Bown, married in 1954. They had a wonderful honeymoon at the Merton Hotel in Jersey, which was then known as the honeymoon hotel. They met and made friends with two other honeymoon couples, while they were at the Merton, and the six of them had their photograph taken together on the staircase. 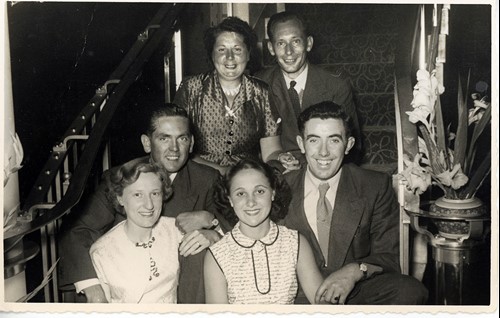 When it was their Silver wedding anniversary in 1979, they returned to the Merton again to relive the happy memories. They had a photograph taken by the same staircase. 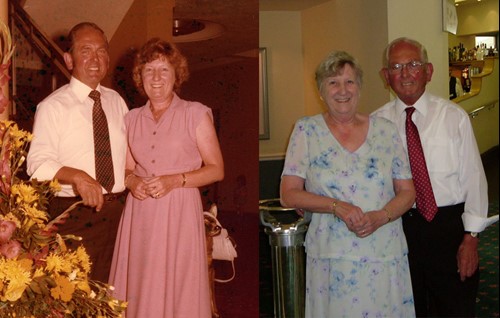 It was their Golden wedding anniversary in 2004, and they decided that they would like to return again to celebrate 50 years of marriage. Once again they had a photograph taken by the staircase. My wonderful parents were lucky to have 64 happy years of marriage before my lovely Dad passed away in 2018. Once the lockdown is over and we are free to travel again, I hope to visit the Merton with my mother.