Mattock Honeymoon at the Merton - 1956

My mother and father, Jane and Leonard Mattock were married in Martock church, in Somerset on 2 April 1956 with the reception at Hills Farm, where Jane had grown up. Len passed away a few years ago but my mother recalls with great fondness her Honeymoon in Jersey, staying at the Merton Hotel. 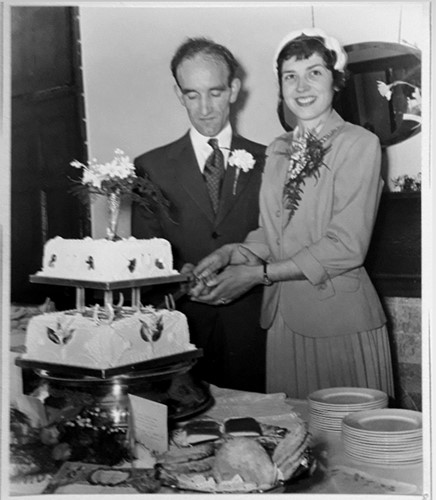 They travelled on the ‘Isle of Jersey’ ferry from Southampton and even though it was their first night as a married couple, the gentlemen had to sleep at the back on the boat and the ladies in the front!

They stayed in the annexe of the Merton Hotel, along with many other honeymooners between 3 – 9 April 1956. The weather was scorching and her favourite memories were the Glass church, Mont Orgueil Castle and the Underground Hospital.

My parents were Dairy Farmers at Pear Tree Farm so it was particularly interesting for them to learn more about the famous Jersey Cow. Unfortunately, they only saw 8 cows during their visit!

One of the highlights was dining at the Merton Hotel and my mother remembers her tipple of choice during the week was a gin and orange or a Cherry Brandy!

My parents kept all the memorabilia from their visit, including, a diary, menus, confirmation letter, newspaper cuttings and of course the hotel bill which totalled £10.37 for 6 nights! 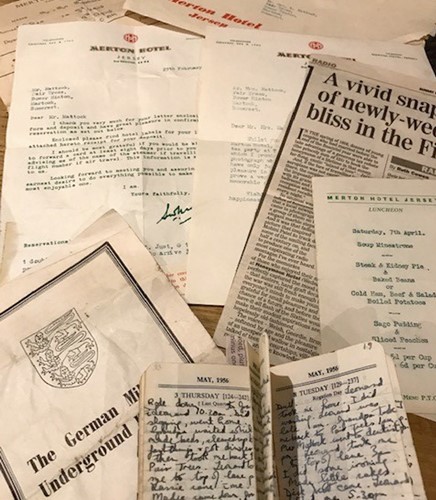